Find out the Details about 21 Burn Blackjack Casino Game 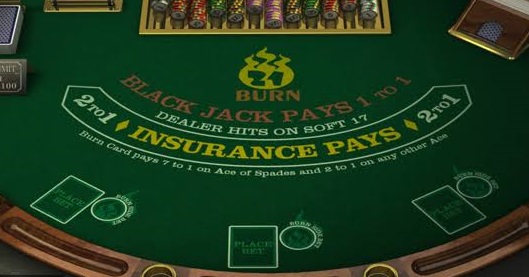 This another one of the many different variations on the famous traditional casino card game Blackjack. Like all the variations it still uses the fundamental rules and regulations that the original game setup and in the particular case of 21 Burn Blackjack, adds a few additional options to the gameplay. Players familiar with the traditional game will intuitively understand the additional features included and since the game is played similarly to that of the classic, the experience is practically one of pick up and play. Overall this variation makes for an interesting change from the prescribed norm.

The setup and display of this card game is also relatively simple to understand and engage with. The cards are neatly laid out on the screen during gameplay and there are a range of betting options included in the setup that allow players a degree of flexibility with their gaming. The additional options and features are blended in well with those of the original, making the experience change, for those used to play the traditional game online, a rather seamless one to step into. All in all, this 21 Burn Blackjack has some interesting cards up its sleeve and players may just find themselves enjoying the changes added.

For those perhaps less familiar with the exact setup of the original form of the game, let’s run through this from the top. 21 Burn Blackjack is played with six 52 card French decks and begins with an initial bet placed by the player. The game is setup between player and dealer or house, and the objective is to score as close to 21 as possible with the cards dealt, without going over. Once the initial bet is made the dealer is given 2 cards, with one card a hole card, which is hidden to the player. The player in this format of the game is dealt 3 cards, one of these, the burn card, is dealt face down. Before the rest of the game plays out, players have the option to place another bet, half of the initial one, in order to replace the second of the upturned cards with the hidden burn card.

This is the main difference in the game of 21 Burn Blackjack and definitely add an additional degree of control to the players. Of course the game then plays out similar to the original from here, with the options of hitting, standing, doubling and even splitting still involved. Overall the game just employs an additional new dynamic which does add a certain something to the experience.

Though there are actually very few differences between this game of 21 Burn and the original it was based on, the experience is still a new one and players of blackjack will find that the comfort of the similarities is an attributing factor to the whole proceedings. Overall this variation of the famous traditional casino card game seems to do a lot right in its pursuit to mix up the norm.